My opinion is that the government of Nova Scotia had a tax incentive program before April 2015.. which supported the industry, which encouraged the industry, which basically the industries’ 30 years in the making but for the past 20 years had really developed. We had hosted international filmmakers directors and producers which we had won the respect of. We hosted projects that were based in Hollywood. We developed the talents of our technicians, artists and craftspeople. We had a viable industry that for the government, who for every $1 dollar invested $4 dollars would come back into the economy in an average year. In a good year it would be $6 for every $1 they invested. When they decided to change the incentive fund the industry came to a screeching halt because the producers no longer had confidence that they could produce a film or TV show in the province NS with the support of the government. For us we had to move. For 17 years I made a great living in Nova Scotia, that was basically finished in 20 minutes. The decision that was made impacted our lives negatively but at the same time it had some sort of positive effect. We had to move to another province. In another province my talent and experience were looked at, at par with international filmmakers.

Right now there is nothing happening in the industry, There has been no new development. The government has decided not to change their stance on how they administer the new tax incentive fund. The new tax incentive fund is non competitive. That is to say that it can’t compete with any other region in Canada as far as offering the same sort of incentive. Basically the producers are no longer interested in coming to the province and are no longer interested in investing any time or capital in the industry there. It is disappointing because there were 2700 people out of work because of it. There are many families that are basically having to go through a conflict because one parent, say works in the film industry and the other one doesn’t. So that one has to leave to go work in another province, while the other one stays maybe they have kids which isn’t easy for everybody. We have more of an advantage to be able to be mobile.
In our case, we… because our daughter is really young and my beautiful wife takes care of her and takes care of our home-life; we were able to pick up and leave because you know we had no other commitments. That is not the case for a lot of other people as well I was originally born in Ontario, had family in Toronto and have friends. I have other friends and contacts that I made in the film industry that were more than willing to help out. With that support and with a lot of help from certain friends we were able to make a transition. It is still very hard. You know that is a great financial burden we have to suffer for moving. It is not easy. Ontario is not very easy to navigate. It’s more expensive. It is very heavily populated. However there are lots of opportunities. I feel positive for the future. i didn’t necessarily want my daughter to grow up in a big city but if that’s the case,  because we had to move,then that is the case. She will still have those ties to Nova Scotia that she has.

Well to my friends and to my coworkers in Nova Scotia, I suggest to, if you can, make a go at it. But if you can’t.. Move move .. Go somewhere your talents are going to be appreciated. Where you can make a living without having to depend on the Nova Scotia government, that does not support arts and culture. Go to place that does. It is a booming business. It is unprecedented that in February that all reports say that is going to be one of the largest years for film and television in Canada. It is unprecedented that anyone report that early in the first quarter of the year. It’s going to be extraordinarily busy. Yeah come a join us in other provinces, where film and TV is supported and there is an incentive for production to partake in the economy. 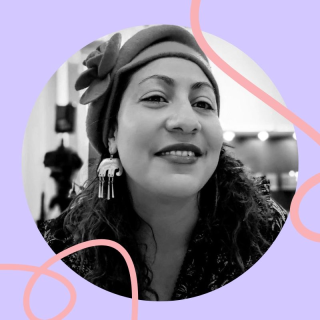